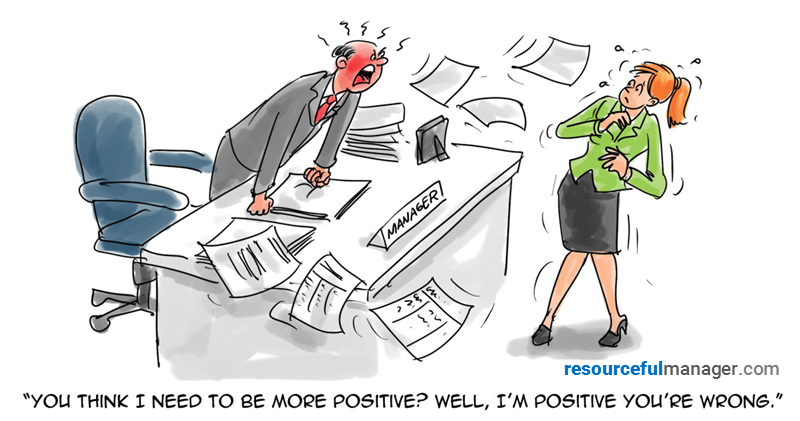 Some people are naturally confrontational. It’s just how they roll.

And most managers’ first thought is how to avoid them!

That’s impossible all the time. But we can adopt an approach that at least lessens the pain of engaging them – without turning into an argument.

Salespeople are probably the most adept at dealing with combative people. They’re the ones who hear the complaints about a product or service (whether it’s their fault or not), so they come to expect some level of confrontation with almost every encounter.

They’re prepared, so they know how to respond. So you might want to use these tips from seasoned salespeople the next time you face a confrontational person:

Often, people who seem confrontational are actually trying to be helpful. They just express themselves in unpleasant, off-putting ways.

If we simply criticize their approach and don’t acknowledge their positive intent, they are likely to feel their concerns and opinions are unwelcome.

And once they get this message, they’ll start to care less about contributing in the future. They’ll have less emotional investment, whether they work with you or for you. Thus, it’s important to recognize their perspective – even if they don’t communicate it well.

To diffuse the tone, try countering with an affirmative statement: “I know you’re trying to be helpful by saying that…” or “I imagine that you’re trying to save us from something you believe won’t work…”

Keep a calm, polite tone – but don’t go overboard or you might look too timid.

Successful salespeople know they need to put a little emphasis on their politeness to get the attention of prospects – AND to fight off the competition.

The fine line is to sound firm and assured without sounding angry or aggressive. Keep disdain or annoyance out of your voice.

Use a response like this: “I get your complaints, but allow me the opportunity to address them so I can give you firm answers.”

3) Explain What You’re Not Saying

This helps prevent possible misunderstandings from the get-go and, by doing so, prevents the other person from becoming defensive.

Too often, people get confrontational because they misread your message, or don’t grasp what your point was. They may think you’re insulting them when that wasn’t your intent at all.

So, it’s appropriate to clarify exactly what you mean. Just make sure you don’t sound like a third-grade teacher. You don’t want to give them the idea that you think they’re dense or obtuse.

For example, use: “I just want to make my point clear so we’re on the same page.”

4) Specify What They Really Want

When someone becomes confrontational about their contributions or ideas, you have to make sure you correctly read their reasoning.

Ask them to share what their need or goal is. Salespeople know intuitively that prospects might not realize their true needs, and might talk around it with explanations that make sense to them but aren’t necessarily based on facts.

Even if the person’s explanation to justify why they’re combative isn’t reality-based, talking helps put it on the table and allows you to discuss productive ways to meet or satisfy their need.

Example questions include: “Where exactly are you going with this?” or “So, what were you thinking when you asked that?” or “When you say _____, what do you hope that will accomplish?”

5) Ask for Their Perspective

They may understand what you’re saying, but still see it very differently. If they disagree with your perception or assessment, how invested do you think they’ll be in helping you solve a problem?

Think of a time someone defined a situation in a way that you disagreed with and didn’t ask for or listen to your perspective. Made you angry and resentful, right?

Salespeople know that if they jump the gun and propose solutions too quickly, they could miss the mark and lose the sale. Many managers want to jump to a solution first when they encounter confrontation because they think it will quickly get rid of the problem.

But this often isn’t effective, because what you think is the obvious solution might not be.

6) Thank Them for Speaking Up

Thank combative people for being combative? Yes! Remember, these employees can actually add value to your team or department. They’re willing to stir the pot and put challenges out there, which can only help you and everyone else consider all the possibilities in any situation.