Of all the strategic tasks within an organization, there is probably none more important than recruiting and hiring employees.

If you’re on a recruiting or selection committee, or if you’re the hiring manager for your department, you’re entrusted with nothing less than the future of your organization.

Every organization needs to renew itself from time to time to meet the challenges of a changing business environment. You do that through people.

Every organization has some turnover. Even with less than 10% annual turnover, any organization runs the risk of becoming ossified. So, to stay ahead of the turnover curve, constant hiring and recruiting is essential.

Download your own copy of the
ResourcefulManager’s Guide to Hiring here.

There is a lot at stake.

Good hires are the lifeline of an organization. They solidify the future.

Bad hires, on the other hand, can cause untold damages.

Hiring Mistakes
Can Be Very Costly

It is quite common for businesses to underestimate the true cost of a hiring mistake, which can end up being several times the employee’s annual salary.

The problem with putting a dollar figure on a hiring mistake is that the effects often reach far beyond the position itself, and may linger for a long time afterward.

Here are some of the direct costs of hiring mistakes:

These are all costs the accounting department should easily be able to generate as being directly attributable to the hiring process.

But they do not tell the whole story.

Indirect Costs May Be
Even More Staggering

Perhaps even more important are indirect costs that are much harder to quantify, such as:

Improve your organization
by improving the hiring process

There are both offensive and defensive considerations when it comes to hiring.

On the defensive side, you obviously want to avoid mistakes and lawsuits, which can cost employers dearly.

But if you just guard against making mistakes, you’ve merely eliminated losses and at best maintained the status quo. 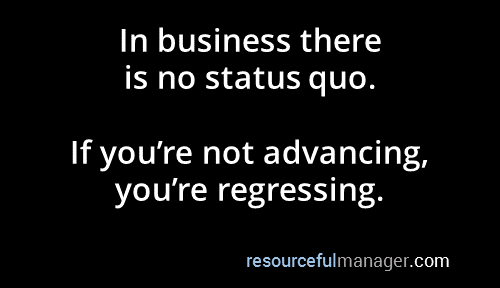 In business there is no status quo.

If you’re not advancing, you’re regressing. Your competitors are not standing still. If you’re not outpacing them in growth, you’re losing the battle – maybe gradually at first, but surely in the end.

One of the most important things to look for in the hiring process is opportunities to improve the staff and improve the company’s capabilities in general to take advantage of new situations that may present themselves.

You rarely want to simply replace what you may have lost. You want to see if you can do better with every opening. At least the promise of something better needs to be present at all times.

You want to get people whose careers are still on the way up – before they make a ton of money and help some other organization grow. You don’t want to get them when their careers are already on the wane and when they’re probably at their maximum earning potential.

But there is another phenomenon you have to guard against in the hiring process if you’re serious about looking upon every new hire as an opportunity to improve the business.

Hiring managers need to be on guard against the insecurity complex.

Consciously or subconsciously, many hiring managers are reluctant to get anyone on board who might at some point present a threat to them. They might not want anyone on their staffs smarter than themselves.

Such an insecurity complex can derail a company’s entire hiring and recruiting process.

In turn, those 6s and 7s will hire 5s and 4s – until the whole organization sinks into a sea of mediocrity.

Senior management should from time to time examine the recruiting patterns of hiring managers.

Are they willing to hire people smarter than themselves? Will they always go for the best hire, regardless of what it may mean to themselves? 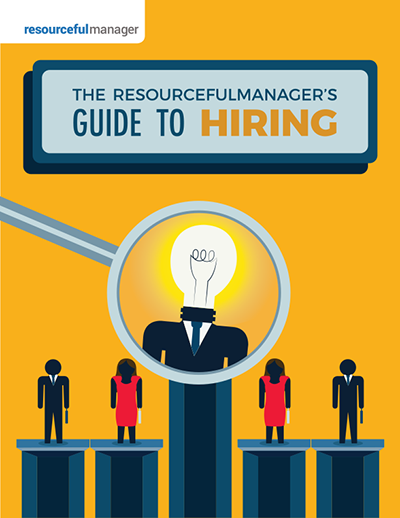 Yes, I Want the Guide!