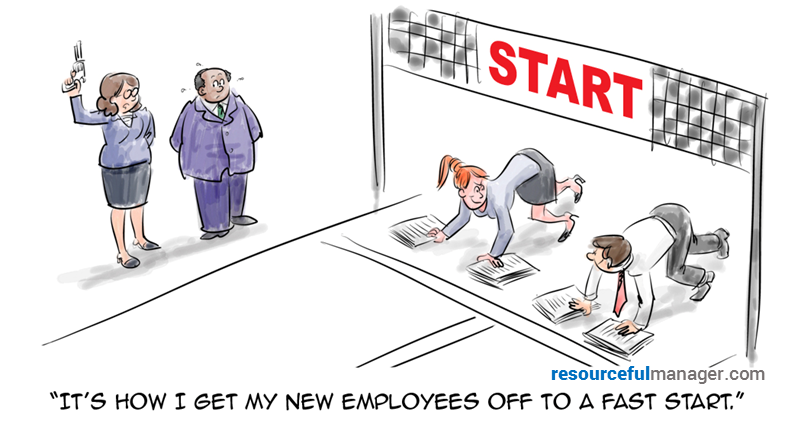 You’ve hired a lot of excellent young talent recently. Onboarding went great (for the most part). Orientation’s almost over, and now they’re starting to learn the ropes.

Don’t you wish you had some magic power to make this go – faster?

People learn at their own pace, right? You’ve got to be patient.

But if there were just a simple way to get your rookies playing like veterans, we’d all know it by now.

It’s Not About Hand-Holding

Good managers know we can’t walk everyone through their jobs 24/7. Hand-holding does more harm than good. New employees will come to depend too much on you or others, and will end up learning the job even more slowly.

But if you’re in the middle of a project and facing a mountain of work, it can be tempting to “help” new hires to do their jobs faster by doing half of their work for them.

You can’t get inside new hires’ heads, but you can make their job transition smoother – both for them and for you.

Here are seven steps to make it happen:

1) Get Them The Info They Need Early

This is more than just the stuff HR doles out, like phone lists or options for health plans. Any directions, guides or manuals that new hires will need to know to get the job done should be in their hands on Day One. That way they can look them over and get a running start on the job.

Managers like to talk mentoring. Yet what really spurs on-the-job learning is shadowing someone who’s not only great at doing their job, but also has a feel for how to teach someone else to do it. (Hint: That person isn’t always your top A-lister.)

Keep your antenna up for those employees who have a way of explaining things and making the complicated simple. Then attach your new employee to them for a few weeks.

Have your shadowed employee get the new hire started doing parts of the job after a few observations. Watching someone do a task, then trying it soon after, takes the pressure off and feeds a new hire’s eagerness to show their worth.

3) Throw Them In The Pool (Figuratively)

Even if it’s their first week, your new hires can accompany you or other employees to meetings, planning discussions and other activities that are either indirectly or directly related to their job.

The best thing is, they don’t need to do anything but listen. It gives them a bird’s-eye perspective into how you and your company run things.

This gets their feet wet and speeds up the process of learning how their position and department fits into the company’s overall mission.

Your new hires are already out of school – they don’t need more lectures. Make sure whatever you or another employee teaches is explained in concrete examples of how to do whatever it is you’re teaching them.

Studies show most people pick up things quicker when they’re shown, rather than told, what to do (even when they take good notes). People are more likely to remember actions over too many words.

Giving a new hire a bunch of directives, then retreating to your office, clearly shows you have confidence in the new hire’s ability to follow directions and get things done.

But you’re not taking into account the new hire’s confidence – which probably isn’t too high after only a few days or weeks on the job.

Leaving them to fend entirely for themselves can be scary to new hires and can backfire when it comes to training them to do their jobs correctly, not to mention faster.

It’s OK to look over their shoulders for a bit. The new hire can tackle an assignment knowing he has some room to screw up and that you’ll be there to show him how to fix it before he completely messes something up.

What you teach your new hires won’t have a lasting impact unless you explain or demonstrate the reasoning behind the job.

For example, telling a new employee to meticulously keep track of a specified inventory takes on more importance if you explain why it’s a necessary part of their job – such as to ensure that future budget projections aren’t overestimated.

Explaining each aspect of a new hire’s job without underlining the job’s value, risks making it look to your new employee that it’s just drudge-work that has to get done.

You’re less likely to get the employee to give you and the task their undivided attention if you don’t impress on the employee the importance of it being done right the first time.

This is a mantra we tell ourselves at onboarding time, but as the days and weeks with a new hire go by, we tend to forget (or actively ignore).

Why? Because we can’t resist our instinct to rush things along, even when they’re going at a slower but steady pace.

Piling more work, adding deadlines and hurrying assignments too early on will only frustrate your new hires – and surely won’t make them move any faster. If anything, suddenly having too much to do at one time could do the opposite – paralyze them.

Instead, distribute new tasks to your rookies in a manageable pace, only adding more to their plate after they’ve got others completed and after checking with them to see if they’re ready to handle more.

Doing this will not only build their confidence, it’ll help them adjust easier – and learn a lot faster.

Of all the strategic tasks within an organization, there is none more important than recruiting and hiring employees. Need some ideas and help? Download our free 38–page guide. 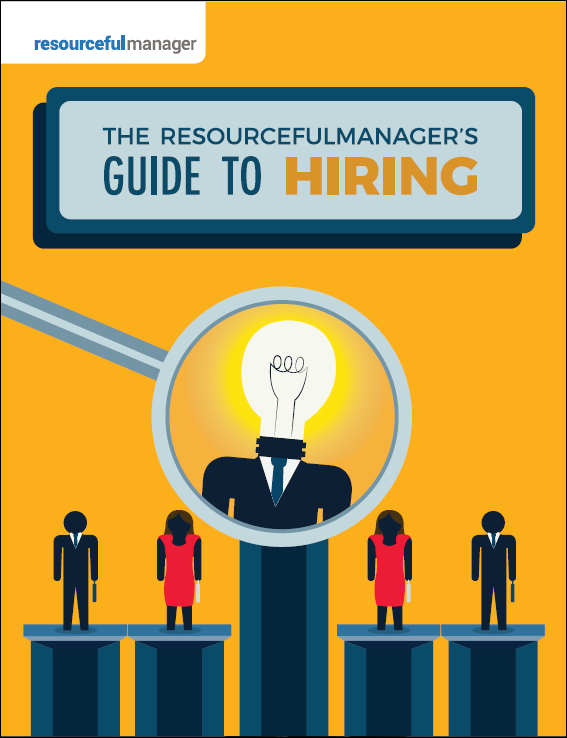