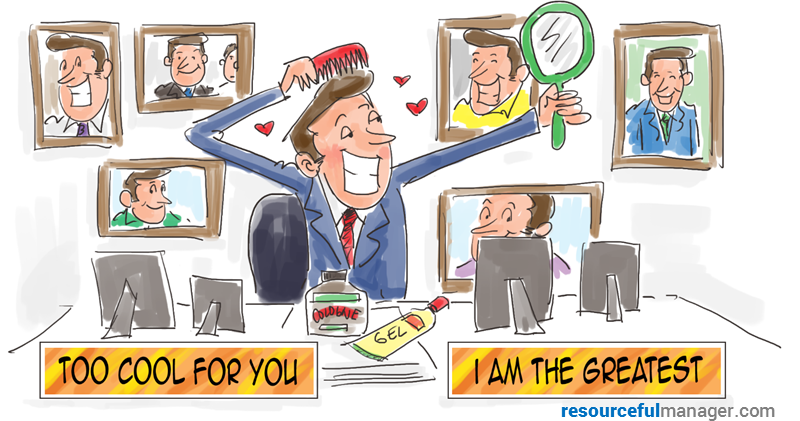 They are, quite possibly, the most irritating people in the workforce. They preen, they posture, they bully, they make outrageous demands.

And much of the time, those demands are met.

They are the prima donnas. The hardest part is, they’re often the company’s best performers.

Of course they are. How else could anybody justify keeping them around for so long, alienating staff and creating chronic headaches?

The challenge with this particular breed is that its members come in all shapes, sizes, personality types and degrees of quirkiness.

Four of the worst are:

These folks are urbane, confident, knowledgeable – and never miss a chance to point it out to co-workers or superiors. They don’t bother with the nitty-gritty details of the work. That’s for the rest of the staff.

So creative, these people can’t possibly be expected to follow the rules of the drones that surround them. Their work is impeccable – but it’s rarely done on time, and it invariably causes fits for the people who actually have to face the consequences of missed deadlines.

3) The Founding Father (or Mother)

These are the folks who’ve been around forever – through the good times and the bad. They hold a special place in the hearts of their colleagues, and they’re the main repository of institutional memory. Problem is, they think they’ve paid their dues – and don’t have to produce any more. They pick and choose their assignments – and everybody else has to pick up the slack.

4) Conan (or Connie) the Barbarian

The office bully. The living, breathing rebuttal to the idea that when employees are treated with respect, they’re more productive. He or she gets results. Sure, everybody in the department is miserable. And the turnover rate is way higher than other departments. But the results speak for themselves, right?

Some personality traits worth noting

Obviously, these are only a sample of potential prima donnas.

Regardless of which category they fall into, all prima donnas have two things in common: They’re not team players and they’re almost always obsessed with themselves.

But they are rarely as self-confident as they want people to believe.

In those facts lie a blueprint for dealing with them.

A two-phase plan to deal with them

Phase I: It’s a team issue. There is no “i” in “we.” Managers must make it clear that cooperating with co-workers and being part of a collegial atmosphere isn’t an optional exercise. It’s required.

But what incentive do prima donnas have to follow the team guidelines?

Why not make it part of the compensation package?

When a change in behavior means money in the pocket, prima donnas tend to pay attention.

That’s a double-edged sword. Giant egos can be destructive in a workplace setting – but they can also be steered toward positive outcomes.

Example: Some companies co-opt prima donnas by making them key players in mentoring programs, where they can shine light on their accomplishments while developing new talent.

Others find success by assigning the prima donna important new initiatives – such as a key market research project or a special campaign to land a crucial customer – something that won’t require a lot of interaction with co-workers.

Are they worth keeping?

No question, prima donnas are often valuable to companies. Start-ups especially benefit from the high-powered energy that prima donnas can bring to the table.

But there are times when these employees are simply more trouble than they’re worth. And then management has a critical decision to make.

A few questions to ask:

The answers will indicate whether it’s appropriate to make internal adjustments or end the relationship.

Sometimes, jettisoning the top-performing prima donna may be less painful than managers fear it’s going to be.

Other employees (rejoice) step up to fill the vacuum, and morale gets a boost.

There’s an old saying: “The cemetery is full of indispensable people.” That sort of puts it back in perspective.