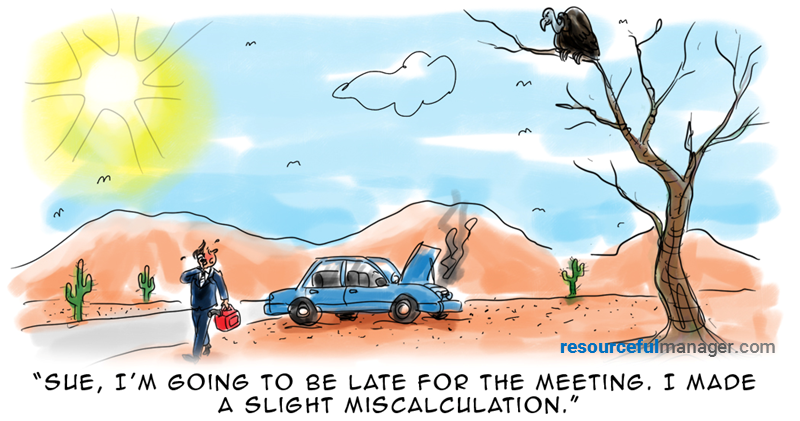 Even good managers face times when we have something difficult to say and don’t quite know how to say it.

Think of the last time you had a message for your team and, rather than just say it, you found yourself going over and over the exact words you wanted to use.

The reason something might be hard to say has more to do with us overthinking the meaning behind it, rather than knowing what words to use.

Here are a few of the best ways to say the hardest things:

There’s nothing wrong with a manager admitting when he or she is tapped out. Sometimes, the creative juices just aren’t flowing.

But managers still find it hard to admit to their teams. All the great new approaches are supposed to come from you – that’s why you’re paid the big bucks.

But telling your employees that you’ve run out of fresh takes makes the point that their input is just as valuable as yours. And it can spur them into being more creative knowing you don’t think you have a better idea!

Try this: “Gang, we need an idea for a new sales initiative and all my concepts have been done before. Let’s put our heads together.”

What’s so bad about this one? For managers, it’s admitting that we might not have thought through an initial decision, and we fear it’s going to make us sound unsure or flaky.

This is easier to say if you give your team enough details on why you’re revisiting a decision. And be honest: Let them know if your new plan will affect them and how.

Rephrase: “I’ve given the matter some thought and think we’d be better off going with Plan B, not Plan A as I had originally announced.”

Managers know it’s hard to tell their teams they’ve underperformed at something. It’s tempting to gloss over the bad stuff with an “it’s all good” to cushion the blow – as much for ourselves as for our team.

But sometimes, we need to let it really hit the fan to bring home the importance of what happened. While there’s value in seeing the bright side, expressing disappointment may be the only way to right the ship, says Kris Boesch, CEO and founder of Choose People.

“If it’s always ‘all good,’ then there’s nothing to change, fix or shift,” says Boesch. “Which, if you think about it from a team’s perspective, is concerning. If the boat is sinking and ‘it’s all good,’ we’re all going to drown while our leader is in a state of denial.”

It’s okay to harness some negative emotions to galvanize your team and motivate them toward action. It gives you a chance to look things over and really evaluate.

Then recommit after disappointment and relay that to your team: “Well, we came up short this time. But we’ve at least got some starting points to learn from in the future.”

‘I’m not sure this is working’

You’re really telling an employee: “I’m not sure you’re working,” but you don’t want to say it outright. So managers resort to the vague “this” to disguise the real problem: an employee just isn’t working out well at the job.

It’s a hard thing to say for sure – but the consequences of not saying it could be worse: the employee ends up floundering in the position, doing neither himself nor your department any good.

The key to bringing up this hard subject is to be armed with specifics: facts and real-life examples that support your opinion that you can present to the employee. Otherwise, it just sounds like you’re being critical for no reason.

If you have to start this uncomfortable conversation, try: “Let’s talk about your comfort level with the job and possibly reevaluating your position.”

It’s hard to say you’re sorry – for just about anything – without looking vulnerable.

So face that fact. Then break down what exactly you need to apologize for.

Planning what you intend to say also helps you focus on why you’re apologizing. Was it a result of a misunderstanding? Did you make a hasty move that resulted in harm?

You want to include that in your response – not as an excuse, but to show an understanding of what happened and why. And you want your employee to appreciate that you’ll try to make sure it doesn’t happen again: “I must have misunderstood your plan, which is why I didn’t present it; I’m really sorry about that.”

Good managers own up to mistakes. But it’s still hard to tell your team you goofed.

Depending on the size of your screw-up, a sheepish “My bad” probably won’t cut it. While you don’t want to overstate the mistake, the important thing here is not to downplay your error entirely.

If you do, it’ll come across to employees like you don’t take your mistakes as seriously as theirs.

When you realize a problem your team now faces is a result of your dumb move – either directly or indirectly – own up to what you did to cause the problem and express a desire to resolve it.

But as with “I’m sorry,” also put this one in perspective. Targeting what your exact mistake was can help you tell yourself what you did wrong so you can avoid it later: “I miscalculated how long it would take us to get our initial phase up and running, which is why Phase 2 is running behind schedule.”