In a perfect world, every meeting would be short and to the point, start and end on time and something meaningful would get accomplished.

But in the real world:

And that’s frustrating for a lot of managers who think they have much better things to do.

So, why do we hate meetings?

A ResourcefulManager survey of 948 upper-level executives, directors, middle managers and frontline supervisors says nothing gets accomplished in 44.8% of the meetings executives and managers attend. 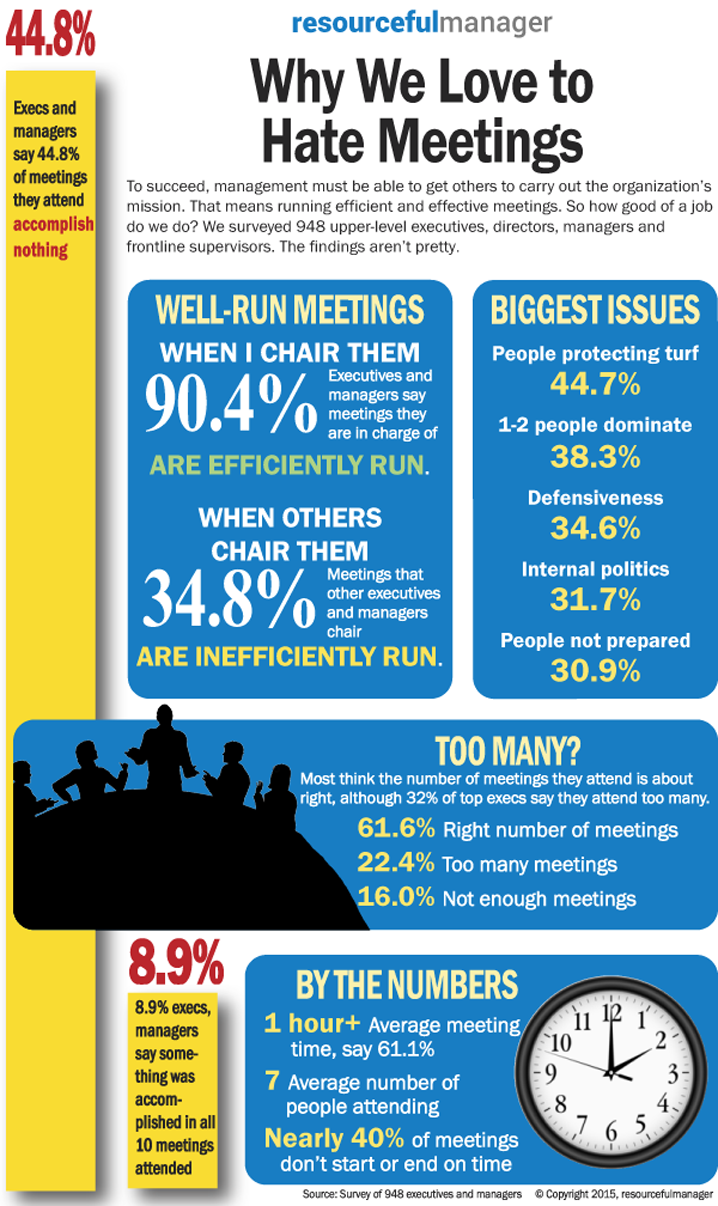 Plus, check out all of our great infographics.

Of the last 10 they attended:

Of course, those same managers think they do a great job when they are running the meetings.

What are the biggest issues that keep meetings from being effective? They said:

They Don’t Start Or End On Time

While the majority of meetings start and end on time, respondents say of the last 10:

What was the average number of people attending a meeting?

How long is the typical meeting that executives and managers attend?

One piece of good news: Most executives and managers think the number of meetings they attend is just about right: